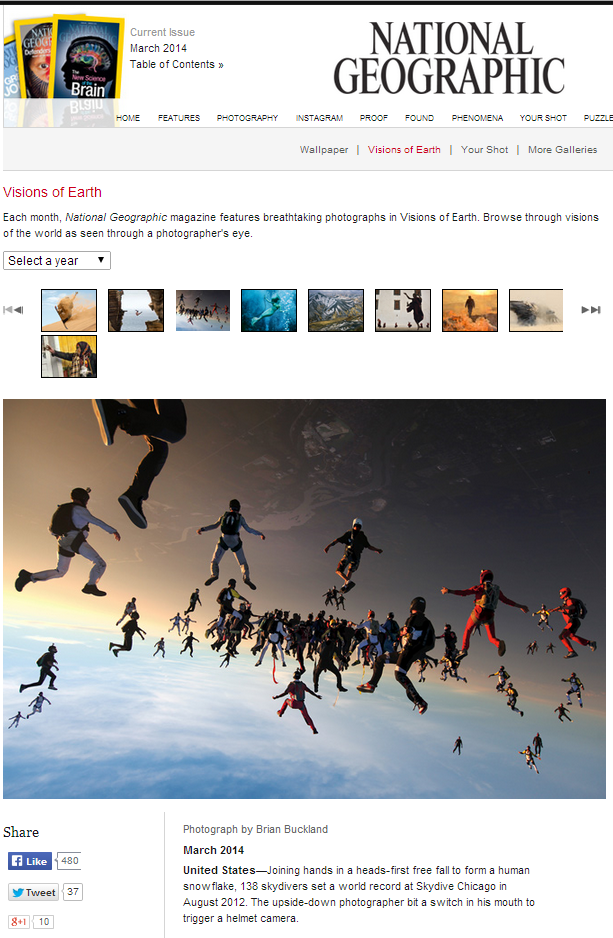 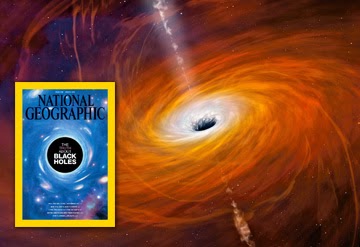 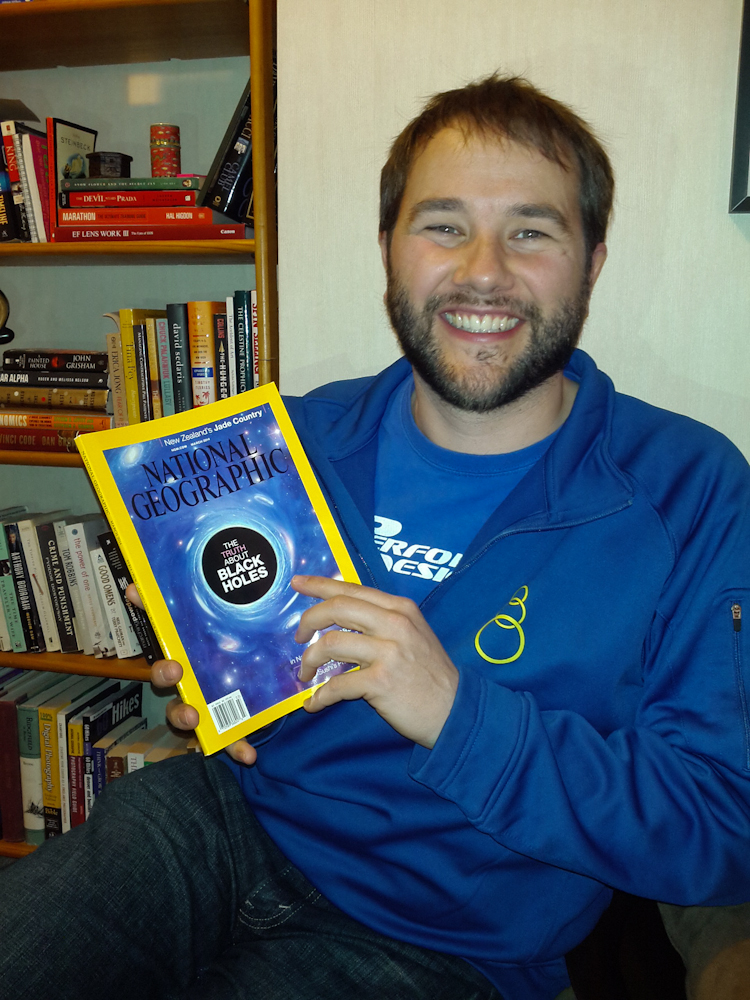 GoPro just released a short promo for the 138-way World Record.  Check it out: 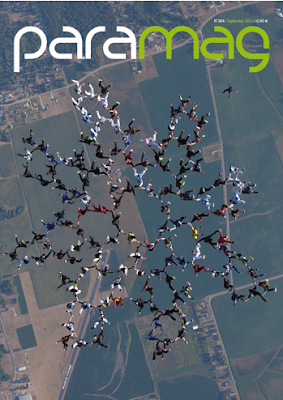 The French Skydiving Magazine is ParaMag.  It is easily one of the nicest in the industry with it’s heavy weight, high gloss pages that make the photos pop off the page.  In their most recent issue I was lucky enough to have the centerfold shot from the most recent Vertical World Record. It shows the built 142-Way that is the current Unofficial World Record.

The cover is a shot of the record from above taken by Rolf Kuratle.  Once I got a closer look at his shot, I appreciated it so much more.  The bonus for me here is that I’m actually in the shot! 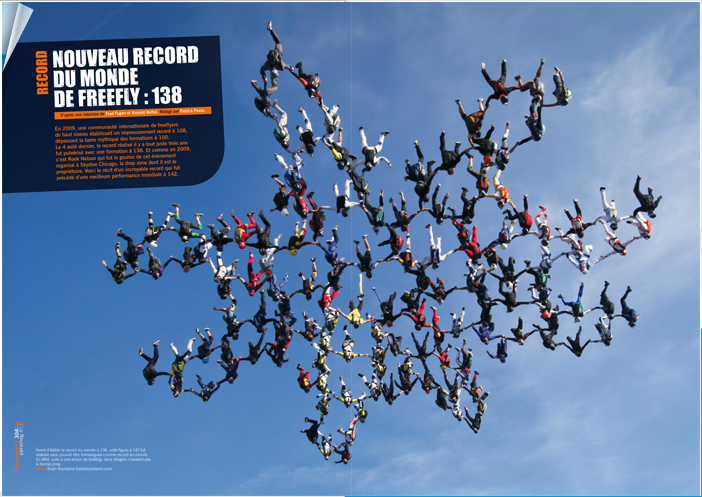 UPDATE!!!  The above shots are what ParaMag had posted online a few weeks ago.  Since then things have radically changed.  Kuri’s cover shot is not the cover and my shot is not the centerfold.  I just got the actual issue in the mail and instead they swapped it out and took BOTH shots and printed them on a pull out, double fold poster with each of our shots on a side!!!!  I thought I was taking it to the next level getting a pull out poster in Parachutist, now I’ve got double pull out posters in both Parachutist AND ParaMag.  What an amazing experience…..thank you so much!  Now, how do I follow this one up?!?!? 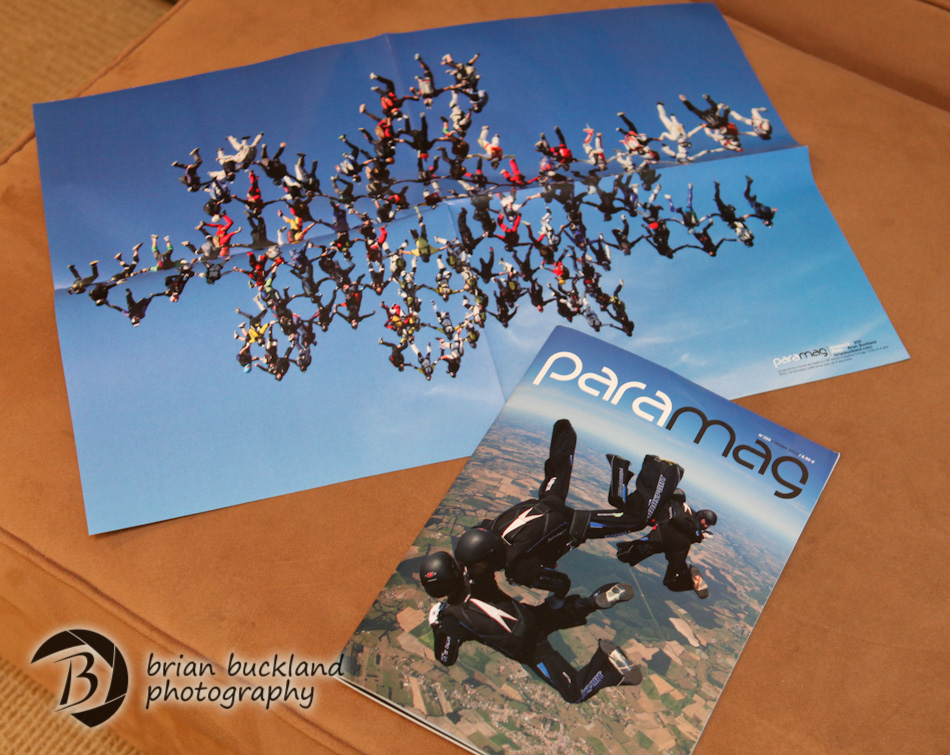 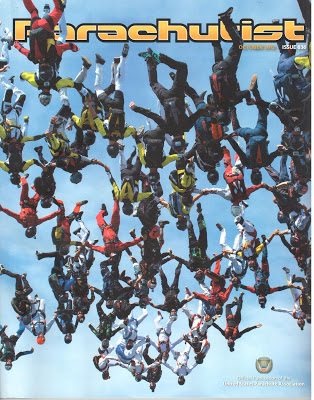 Parachutist Magazine has been doing a great job of keeping up to date with not just the sport, but magazine publishing in general.  Not only do they have a new look and feel with a bound magazine, but the type of paper adds to the entire experience.  So when they approached me about doing a special project with my sponsors, I jumped on the opportunity.  Their proposal was to put a removable poster into every magazine for their October issue.  This double sided, double folded poster would open up to about 2 feet wide and would truly give the person looking at it great appreciation of the most recent 138-Way Vertical World Record.  I just got my October issue in the mail and I have to say it was worth all of the work to make it happen!

Thank you everyone at USPA / Parachutist for thinking outside of the box and allowing us to deliver a high quality shot of the new World Record to everyone’s door.  And Kudos to Norman Kent for a phenomenal cover shot! 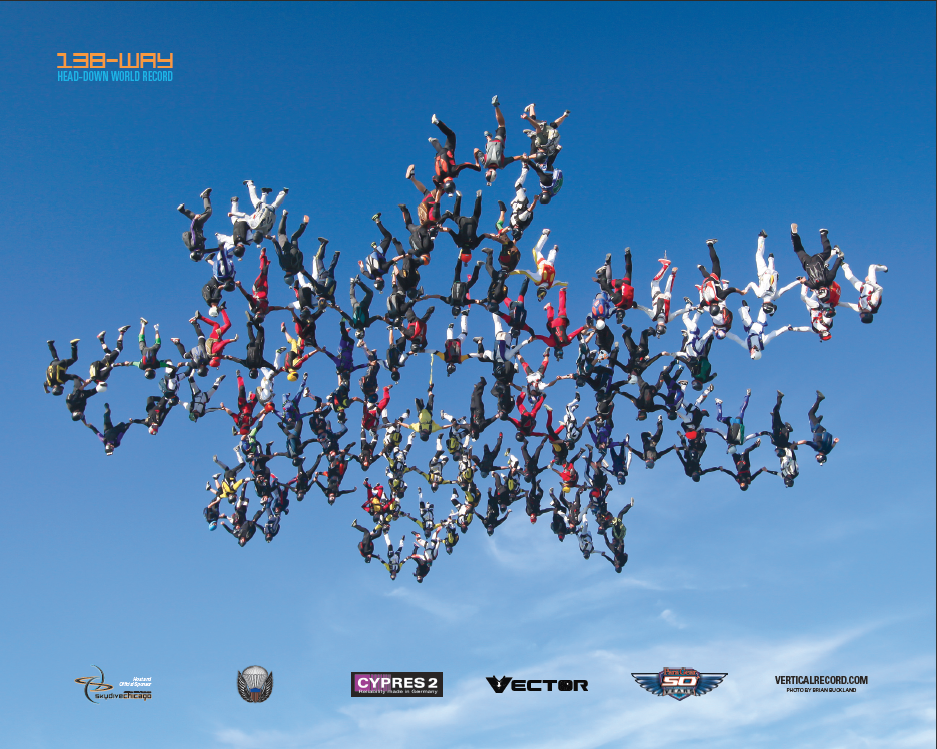 Just an update for those interested in the Official Video from the 2012 Vertical World Record 138-Way Skydive.

You can now download an HD version of the video online for only $4.99.  Download now.  We are also shipping the first batch of DVD’s.

We wanted to tell a story, a story about making a world record skydive. We interviewed the organizers, the jumpers and the camera men. We filmed on the ground, in the planes and in the air. They talked about the energy, that good energy when people unite together to accomplish a common goal. They talked about the heartache when something you’re striving for is so close it’s within your graspe only to be denied, then how you pick yourself up and you do it again and again until you get it done. This is the story of the 138-Way through the eyes of the people on it. In this 33 minute documentary film, the curtains have been pulled back and you can see how things work behind the scenes and how skydivers triumph over the obsticles in their paths.

Thank you English Jon for doing all the hard work and making this a reality!