With a safe haven around them, cows are free to roam the streets virtually hassle free in India. And they do……just about every where. In the Hindu religion, the cow is a holy animal. To my understanding, this means that you don’t find any cow hide in stores nor will you find traditional beef burgers or steaks at the local eatery. It also means that they aren’t to be interfered with. In other words if there is a cow that wonders into traffic (which they do all the time), people have to wait, or hope that there is a Muslim around to go smack the beast on the rear and get them moving. I was walking to a restaurant a few nights ago and I saw a cow in traffic. It was walking along just like any of the auto-rickshaws, pedestrians and bicycles around it. I then watched the cow merge with traffic. I’m not kidding. It was almost as if it waved a rickshaw in saying…’go ahead, it’s your turn.’ It stopped, let a rickshaw in, then took it’s turn. Cow’s know how to navigate this city and they do it well. 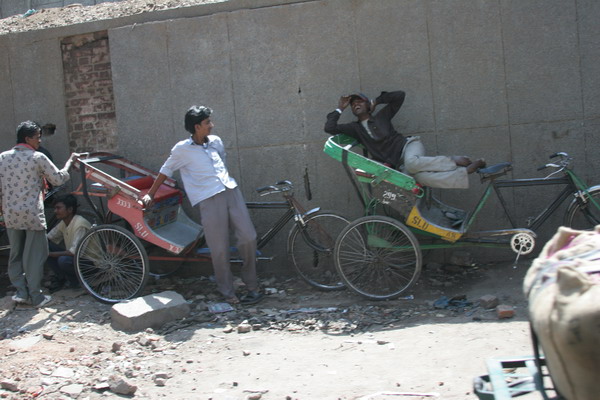 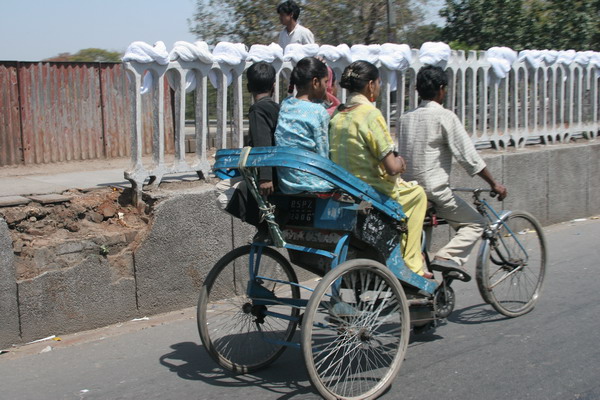 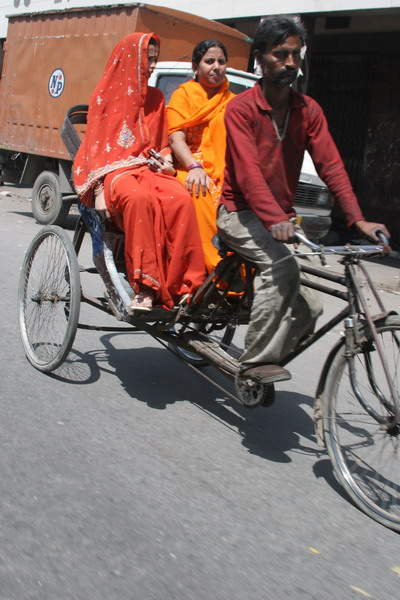 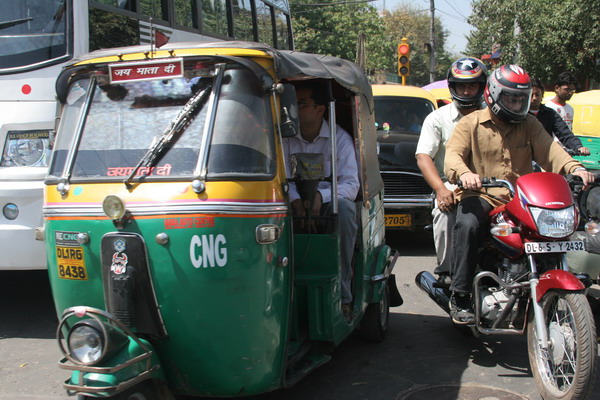 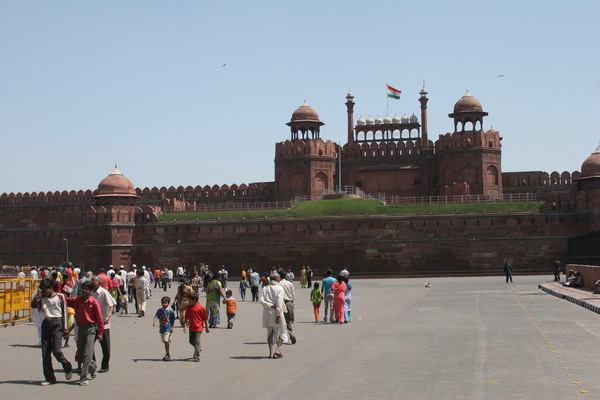 India is an interesting place indeed. Men of all ages holding hands in friendship is commonplace, westerners sporting dreads from all over the world are just as common as westerners without dreads. Like Nepal, India seems to be a place where hippies have found a home. It’s also a place where shop owners and beggars alike attempt to get your attention by saying, ‘Excuse me Sir, Hello???’. To not even acknowledge seems to be rude, but that’s what you must do if you want to make it down the street and not get sucked into ever shop you pass. A different approach indeed, but still very much in your face. Traffic as well is like it was in Nepal. However here they use their horn…..liberally. Walking out of the hotel with a splitting headache, the last thing you want to hear is a rickshaw or a motor scooter pull up behind you and lay on the horn….you probably aren’t even in the way….but they nail the horn just to make sure you know they are there…..for a good few seconds as well. 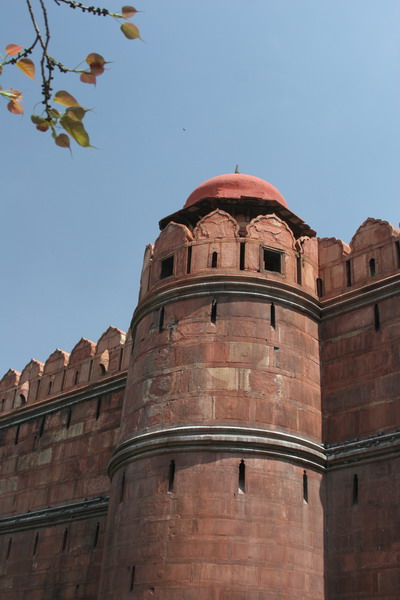 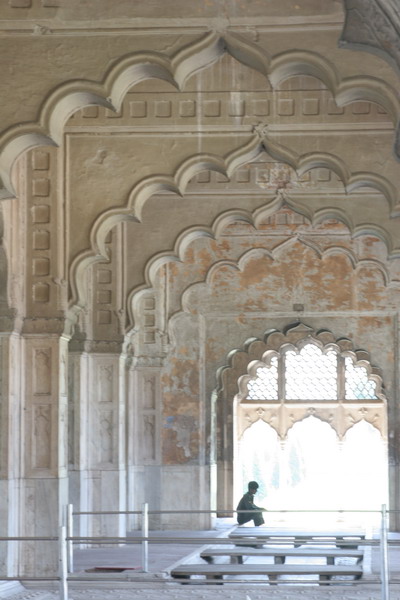 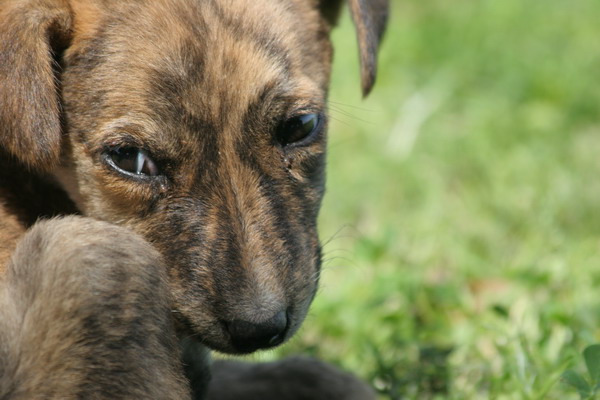 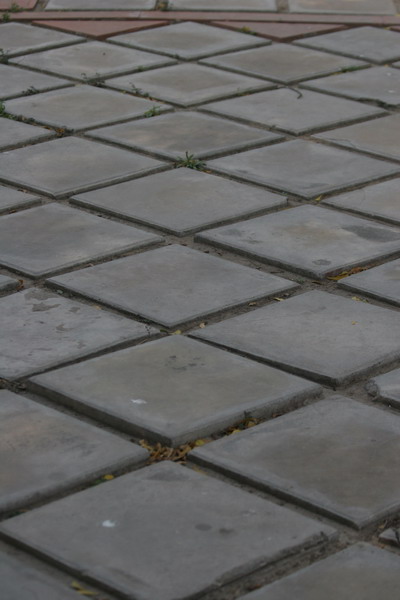 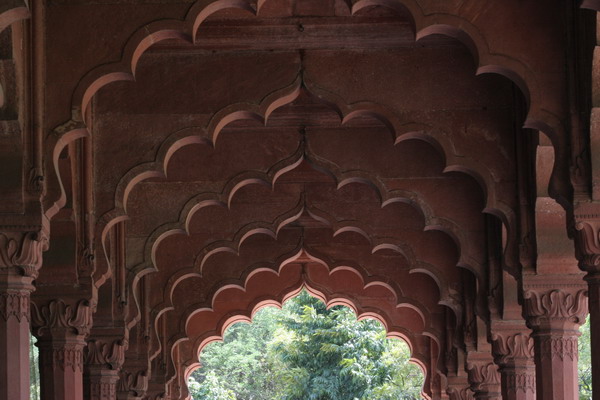 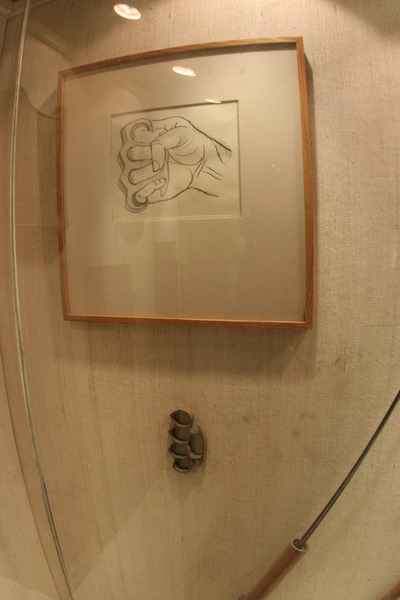 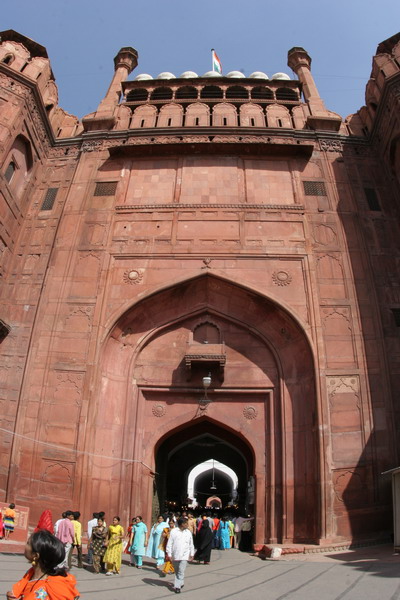 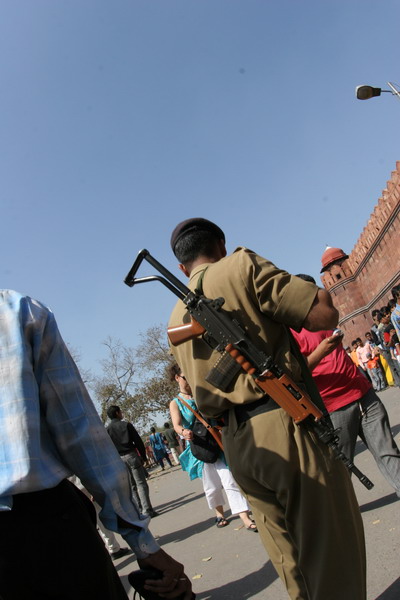 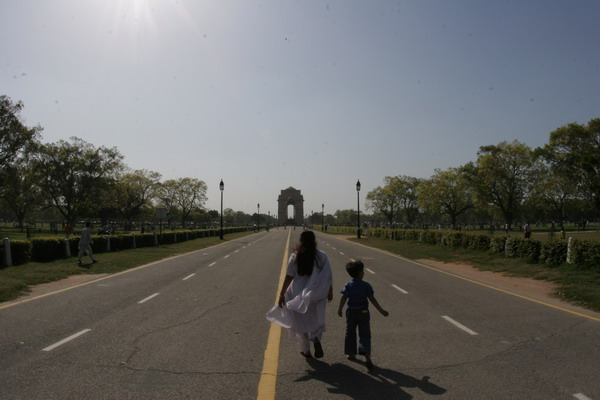 My first night in Delhi I went to the train station attempting to buy a ticket to Agra the next day. Walking into the reservations hall I saw a set of windows with not so much a line in front of each as a mass of people. It was loud and crowded so I decided to stand back and watch how things here worked before entering the gauntlet. In front of each window was a half circle of about 20 Indians. There wasn’t any real rhyme or reason as to who was next….it was more of a ‘king of the mountain’ mentality. If you could wedge your elbow in front of the next guy and hold your ground, you earned that spot. This continued until eventually you made it to the front. Being in a cheerful mood, I was ready for my run. Entering in the back it didn’t seem too bad. As people filtered out from in front of the window I started to get closer, I realized I was pushing on the guy in front of me and the people behind me and to the sides were pushing me as well. Elbows started to get wedged in peoples chests saying ‘Hey pal….I’m next’. Of course none of this was verbal, it was just an elbow, a push and a glance and it was your spot…..for the time being. Finally I reached the window and jammed my face and hands around the opening to speak to this elusive ticket master. I told him that I was going to go to Agra on the first train out and the last train back. The Express please, I wanted to see the Taj Mahal and get back in a days time. The man smiled as I’m sure he saw me work for nearly 20 minutes to reach the top of the mountain. Then he said, “I’m sorry, but I can’t sell tickets to foreigners. You must got to the Tourist Ticket office upstairs from 8 am – 8 pm.” I smiled, said thank you and slithered away from the window and the mob, ticketless. Destined to spend the following day in Delhi as the train I wanted to be on left at 6:15 am. But it wasn’t all bad, I knew just where to go the next day and got my tickets early.

The Taj Mahal. On the train out I found myself sitting in a group of tourist. The girl next to me was from Indiana. Turns out she was in a group of about 50 or so that were seeing the sites in Agra for the day just like I was. They were part of the Semester At Sea program, If you aren’t aware, Semester At Sea is just that. It costs about as much as a year of college for one semester, but you pile onto a cruise ship, literally go around the world stopping just about every major port along the way. Classes are held for a total of 24 days but most colleges give full credit for it as it’s the life experiences gained that are the most valuable. Having 4 friends that have done this journey over the past several years, it was safe to say that I was quite envious of these guys and gals and wished I had done it back when I was in school. Woulda, coulda, shoulda…….Oh well. Entering the west gate of the Taj Mahal I bumped into the Semester at Sea group again and befriended a handful of them. We ran around the grounds…..I heard stories from where they have been and where they were going. It seemed like they were having fun and seeing the Taj Mahal is something I’m glad that I did. To be honest I was expecting a little more, but it was still very impressive. I can see why it is the magnate that it is. 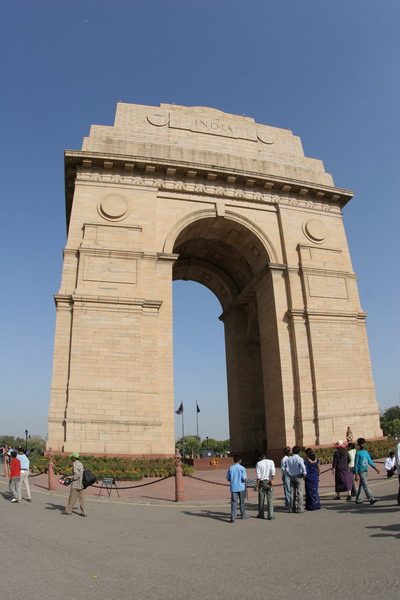 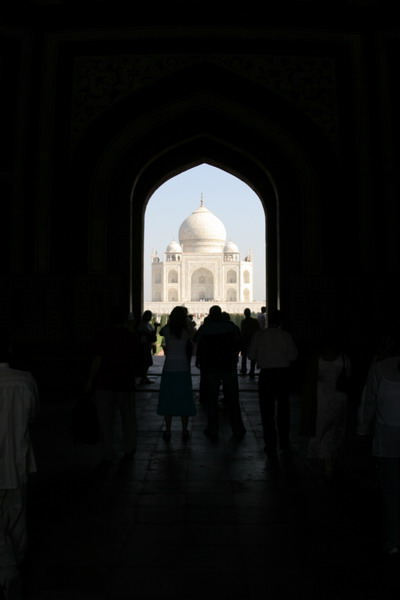 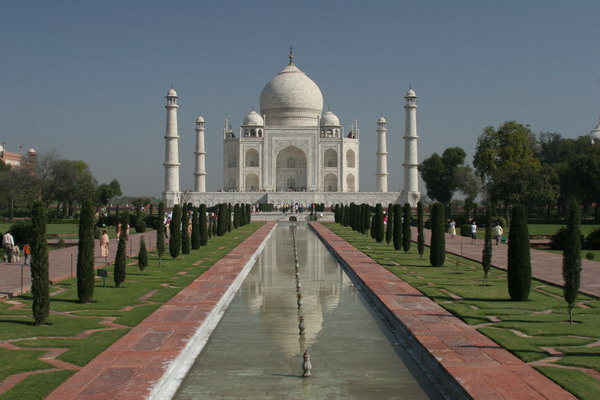 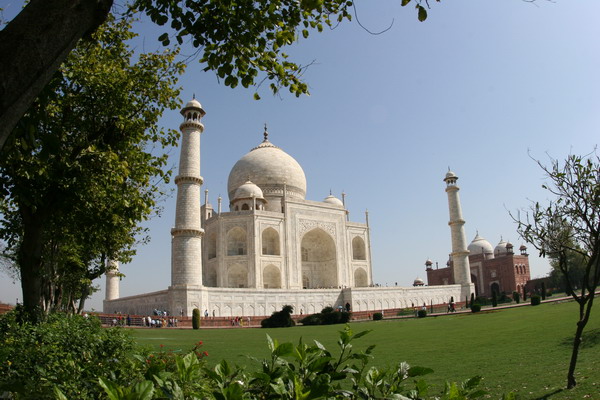 On the train back that evening I sat next to a brother and sister from Belmont, MA. Small world. We decided to grab dinner when we got back to Delhi in Connaught Circus which can be a haven within Delhi if you know where to go. During my journey out that day it was hot. In the 90’s I’d say. I was wearing shorts, a T-shirt and my Croc sandals. I must have been asked 3 times by people in Delhi and Agra if I wanted a shoe shine. You just had to laugh. While heading to Connaught Circus the three of us were in an auto-rickshaw. Every single one of these things was banged up and they were all over the place. We witnessed one of the 5 hits between an auto-rickshaw and another that I saw during my stay. Usually just a bump….the two drivers yell, or not even…they just back up and keep moving. I couldn’t even imagine renting a car here, it would have dings all over it after a weeks time. 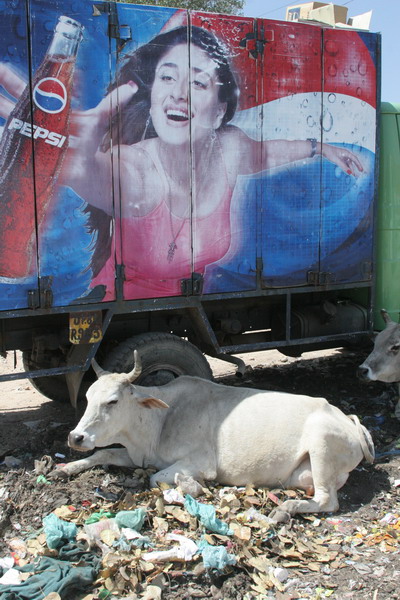 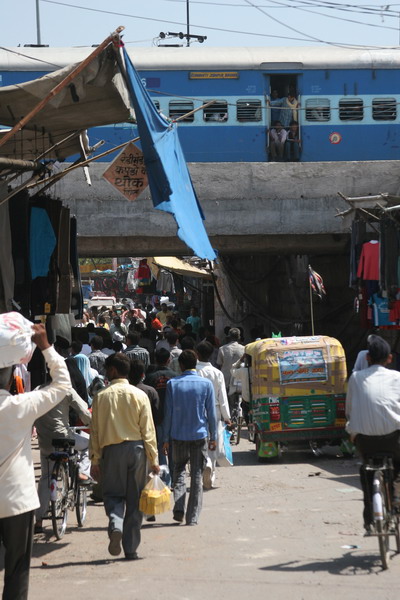 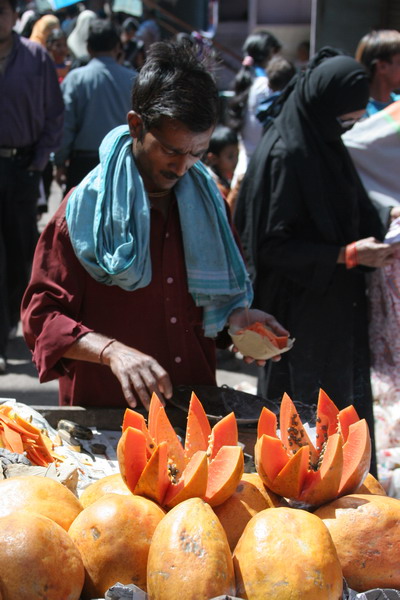 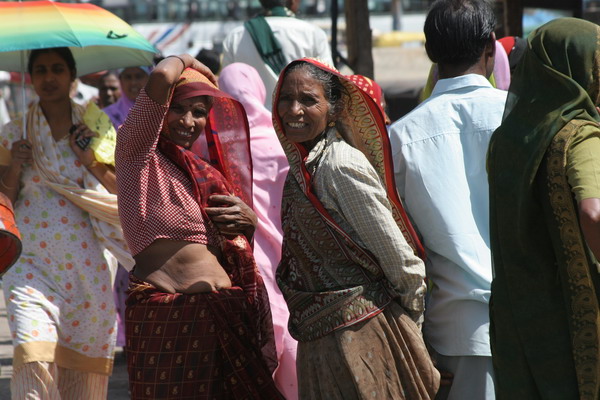 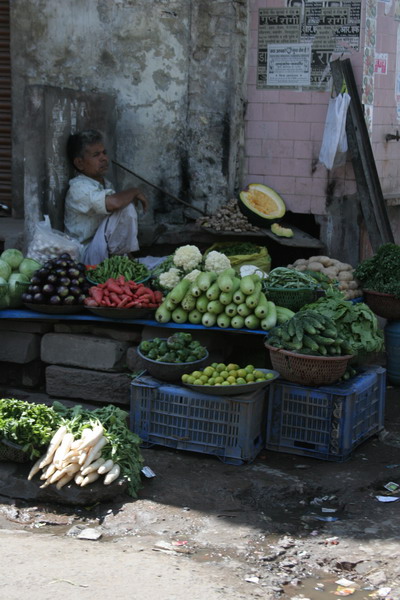 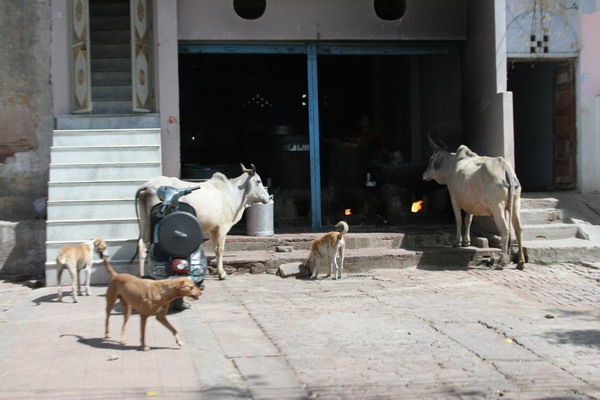 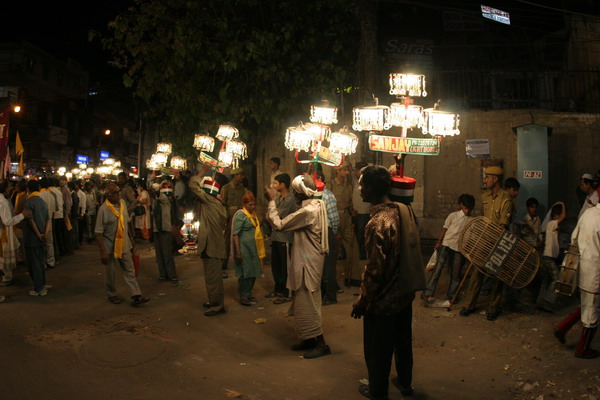 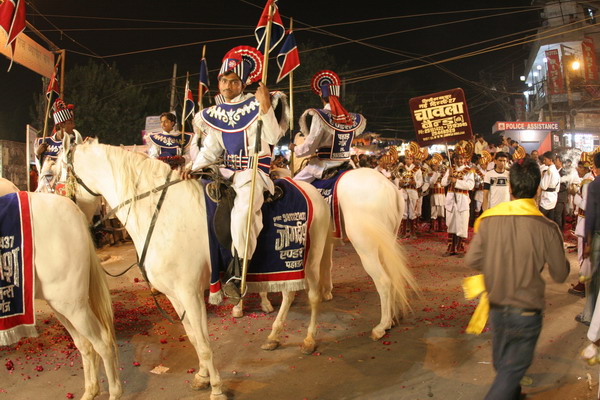 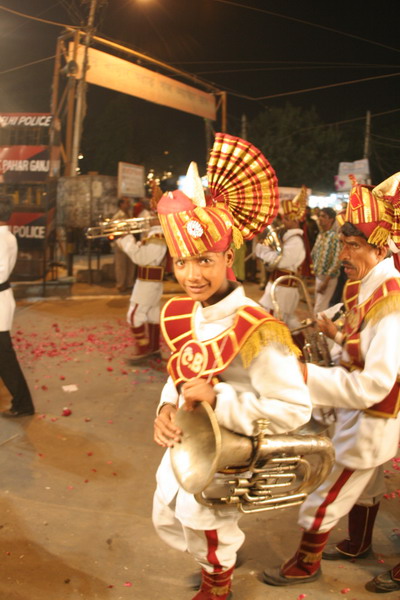 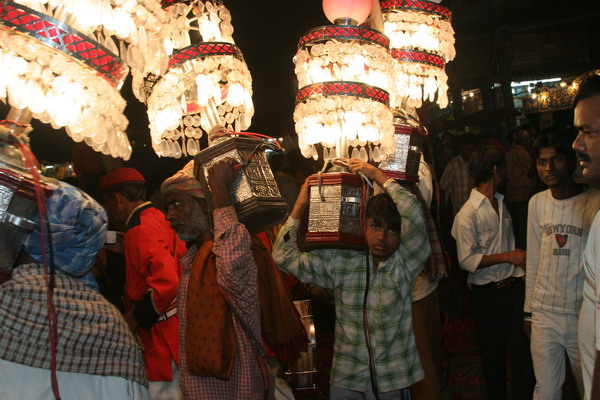 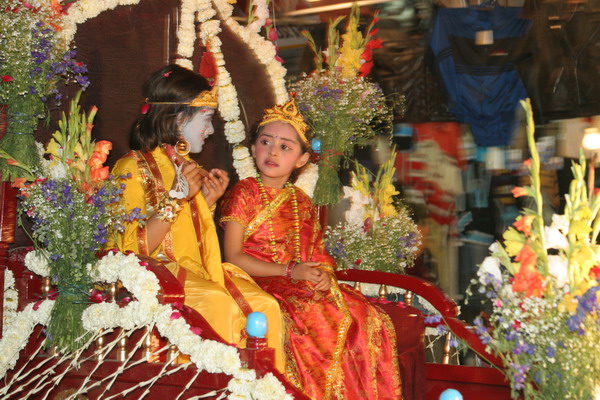 I woke up around 8 one morning with a ticket to Goa at noon. Goa is a beach town down on the coast….popular with the Israelis, it’s got a pretty big party scene, but also relaxing beaches just to get away for a few days. I dialed 9 on my hotel phone and asked for the hot water to be turned on (a daily event), hoped in the shower and started to get ready. But something wasn’t right. I needed to lay down…….I felt funny. Slowly I started to feel the sweats come on over my entire body……then, as Henry Rollin’s once described it, I heard the voice. It had been a while since I heard the voice. ‘Hello Brian’……”Voice….is that you?” ‘It is Brian, do you know why I’m here?’ “No voice….it’s been a long time….what do you want?” ‘I’m here Brian to tell you that you have about 10 seconds to rise from your bed, get to the bathroom, prop the lid of the toilet open, get on your knees and prepare yourself.’ Oh no…..I remember the voice now. And it was right. It only comes in those last few moments when doubt goes away and you have to make that mad dash, fall to your knees and pray to the porcelain god. The rest of this day was spent repeating this process about 4 times. The flight to Goa, along with checking out of the hotel, were a distant memory as I curled up in my hotel room for about 2 days attempting to feel human after what appeared to be food poisoning. Not an experience I wish to repeat.

After recovering for a few days I made my way over to Connaught Place where all of the airline offices are as well as the travel agents. I sorted out my flights and then went to the middle of the circle in Connaught which is essentially a very large round-about. It was a park, a refuge from the madness around. I laid on the grass in the shade and read my book. It might not have been on the beaches of Goa, but it was a nice way to spend the afternoon. A good note to leave Delhi on.